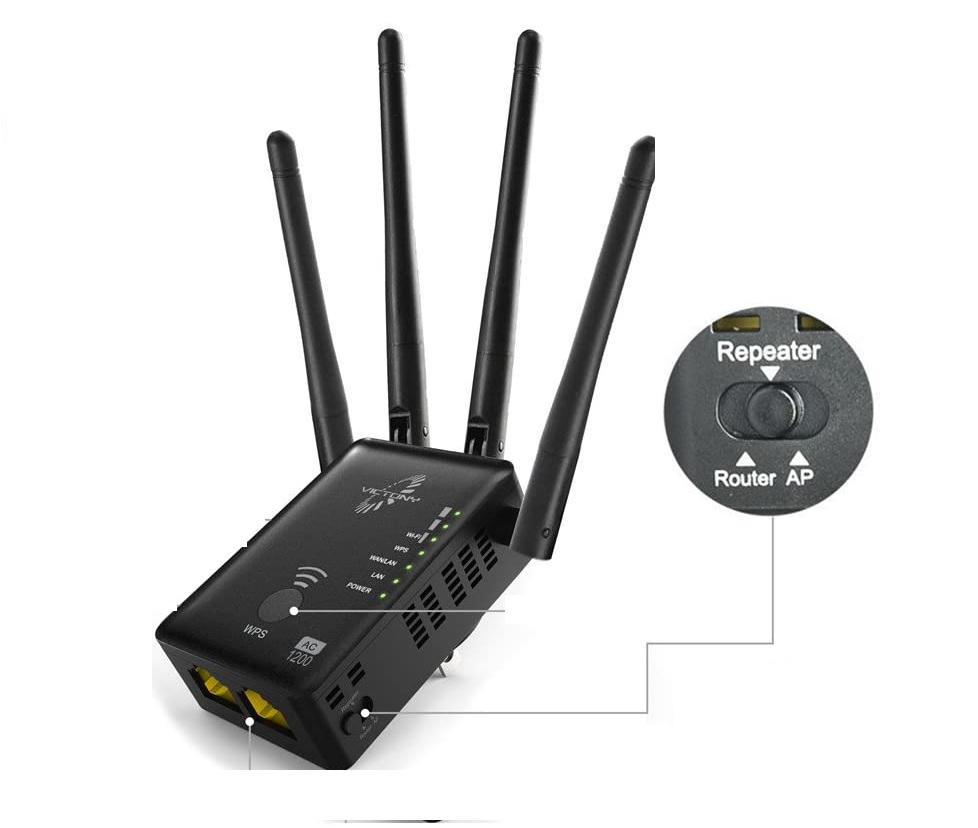 In this article, we’ll look at the VICTONY AC1200 Extender Setup from every possible viewpoint. The Victony dual-band AC1200 wireless extender, which has four external antennas and ensures excellent Wi-Fi coverage at home or at work, will be the first thing we look at.

You will be able to browse the internet in a matter of minutes because of the quick installation and setup. IEEe802.11a/ac/n/g/b standards are supported, making it compatible with the majority of expander products on the market. It is a plug-in and has WPS support, so it starts up quickly.

How to setup victony AC1200 wifi extender via Web Browser